Jonathan Stickland is a conservative Christian Republican serving his third term in the Texas State House for House District 92. He supports limited government, the right to life, individual liberties and personal responsibilities, and most of all strives to represent his constituents, not the lobbyists and special interests in Austin. Jonathan is a proud member of the Freedom Caucus, formed in the 85th Legislative Session.

Jonathan was born in Plano, Texas. At age 5, his family moved to Hurst, Texas. He attended schools in the Birdville School District before getting his GED. He spent time at Tarrant County College and Parkland College studying sales and marketing. Following in his father’s footsteps, Jonathan currently runs his own oil and gas consulting business. He works with many local oil and gas companies assisting in data management, on-location oversight, marketing and sales of new exploration opportunities, and current producing interests. Being in business for himself allows Jonathan the time to do the things he feels truly passionate about. 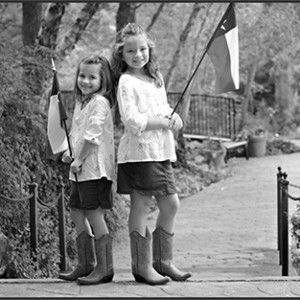 Jonathan has been married to his wife Krissy since 2006. They have two beautiful daughters, Andie Michelle and Carlie Anne. He and his family have been members of First Baptist Church of Hurst since 2008. Jonathan is a member of the Church’s One Life Group, softball team, choir, and also helps teach 5th and 6th grade boy’s Sunday school.

Jonathan’s strong family values and conservative roots were an integral part in his voting record during the 83rd, 84th and 85th Legislative Sessions. Jonathan has been awarded 100% scorecards from Texans for Fiscal Responsibility, the Texas Eagle Forum, and Concerned Women for America. Jonathan has consistently been ranked as one of the most conservative legislators by Professor Mark Jones of Rice University.

As a freshman in the Texas House, Jonathan passed many pieces of groundbreaking legislation. House Bill 2268 was the first law passed in the nation protecting individuals email and electronic privacy from search without a warrant on the state level. Jonathan made national headlines with the passage of this bill that was signed into law on June 14, 2013.

He worked diligently to shed light on the legislative process and change how business is done in the House chamber. He did not waver when it came to standing up and fighting to protect our Second Amendment rights. With his help, Texas was able to pass open carry and campus carry.

Of all of the Representatives, Jonathan has called the most points of order in the Texas House. Consequently, he successfully helps stop bad legislation from passing and becoming law. Jonathan continues to play a pivotal role in leading the conservative movement inside the walls of the Capitol and across Texas.

With Jonathan’s steadfast commitment to liberty and the Constitution, he was honored to have been ranked Top 10 Best of the Texas Legislature by Capitol Inside. Furthermore, he received the Taxpayer Champion Award from Texas for Fiscal Responsibility, honored as a Courageous Conservative by the Texas Conservative Coalition and named a Pro-Life Leader by Texas Right to Life.

Jonathan is exceptionally proud to serve and represent the people of House District 92. Jonathan promised to go down and be one of the most conservative members in the Texas House and he delivered. He not only talked the talk but walked the walk. Jonathan’s voting record proves that he is truly a conservative legislator serving the people. He continues to look forward serving District 92 in the 86th Legislative Session after the 2018 elections.