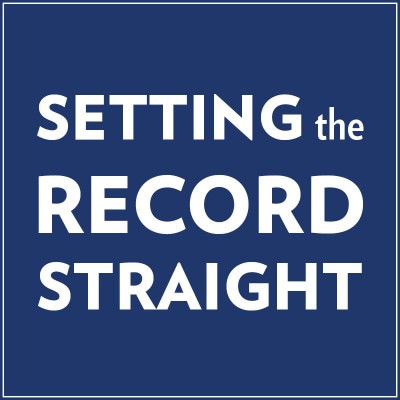 My opponent has been playing a deceitful game of cherry-picking in an effort to slime me with misleading allegations based on my voting record. The reality is that I base all of my votes on the clear, conservative principles that I hold.

I do not vote for legislation that is redundant, disproportional, based on emotion over facts or gives unchecked power to government that expands its ability to interfere in our lives. Sometimes other representatives file feel-good legislation because they want to be seen as doing something when it comes time to run for re-election. This is as dangerous as it is disingenuous and often comes with unintended consequences that expands government and persecutes good people.

The law should focus on prosecuting criminals and protecting the innocent, however, far too often the effect of these bills is to make the innocent into criminals. That is not conservative.

Voting against these kinds of bills is about keeping my promise to maximize freedom and limit the power of government over our lives. The voters of House District 92 elected me to show reason and judgement, not to follow the crowd and pass popular bills that ultimately expand government and undermine liberty. That may not always make me popular, but it doesn’t make me wrong.

HB 1010 – A poorly written attempt to keep district attorneys from withholding evidence in the courtroom.

HB 189 – A dangerously ambiguous bill to remove the limitation on severity of punishment for sexual assault that could lead to anyone accused of sexual assault potentially given the death penalty.

HB 777 – A bill that sought to increase the severity of punishment for indecent exposure, but would lead to an immature high school kid being given a punishment equal to a pimp that sexually exploits others for profit.

HB 603 – An attempt to outlaw revenge pornography, but was written so broadly the bill would have created a pathway for the state to restrict freedom of speech.

HB 1168 – An ineffective effort to establish a defense of citizens from unlawful search and seizure.

HB 773 – An ill-conceived bill that would restrict an individual’s right to free speech, while the pledge is important, the Constitution is fundamental.

SB 97- An emotion-driven bill that regulates e-cigarettes the same way as cigarettes and cigars despite the objective health and scientific differences.

SB 236 – A disproportionate bill that might have been found to violate equal protection clause by targeting people in poor and minority communities for increased the punishment for possession or use of controlled substances in drug free zones.

HB 3916- A bill filed to stop illegal government spying by cutting off water and electricity services to any federal building involved in such activities that was rendered moot due to congressional action.